Hearts a-flutter - and so's the flag 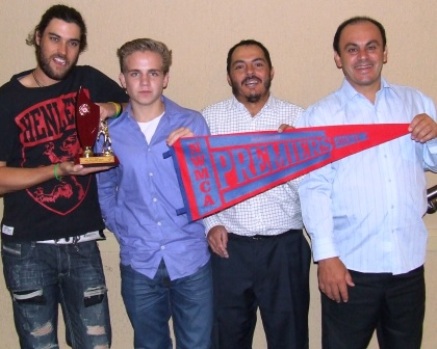 Hearts a-flutter - and so's the flag

Members of the victorious Sixths team were on hand at the North West Metropolitan Cricket Association presentation night on April 4 to receive their flag - and came away with an added bonus.

Our gun bowler Jesse Felle won the comp bowling award for the Barron Shield, and was presented with his trophy on the night.

Moonee Valley has had a good run with competition awards in recent years, but the Premiership was what we'd all been working towards.

Sixths skipper Dan Terzini was proud of his charges, and at showed at the presentation dinner.

Above: Our flag! Sixths players at the NWMCA presentation night to receive the pennant were L-R Jesse Felle, Alex Gorham, Danny Terzini and Mark Cini. 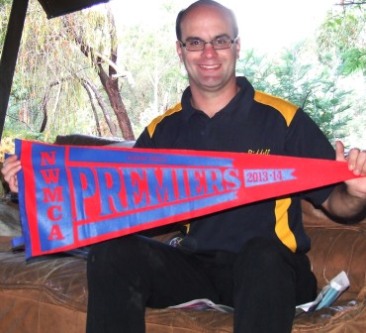 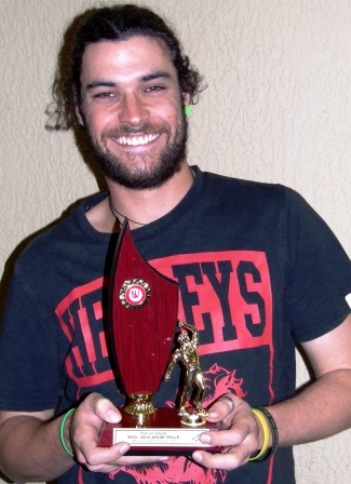 
Above right: Michael Cumbo had to go bush to get his hands on the flag - and did so at Charlie Walker's Lancefield retreat after umpiring a football match at Kilmore.

At left: Jesse Felle won the comp bowling award for the Barron Shield in the NWMCA.

**For more PICTURES and words from the flag win, click HERE and HERE.