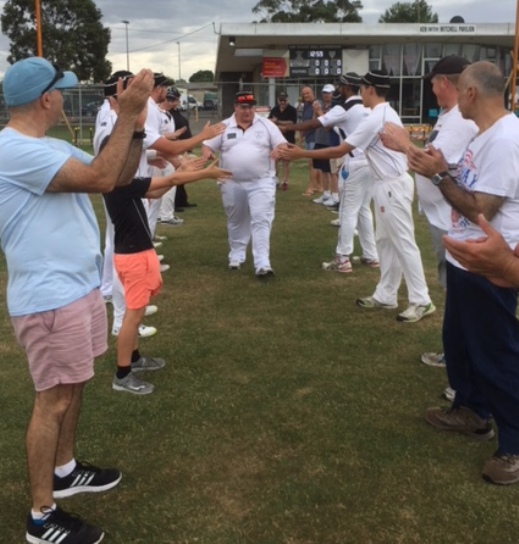 Mark Gauci gets a guard of honor as he makes his way onto Ormond Park for his 300th game, including
fellow 300-gamers John Talone (front left) and Joe Ansaldo (front right). 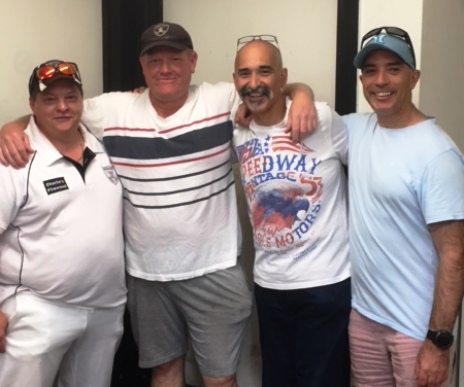 Dual Premiership captain and past coach Mark Gauci has joined an elite club at Moonee Valley – one of just five players to have brought up 300 games.
The Gauch reached the milestone against Jacana on the February 24/25 weekend, and ran through a guard of honor at our Ormond Park home ground as the First Eleven took to the field.

Three of the other 300-gamers – Darren Nagle, John Talone and Joe Ansaldo – were part  of the honor guard, while Ian Denny sent his congratulations.
Mark’s glittering career has reaped more than 6500 runs and 250 wickets since he joined our club in 1998/99, and includes captaining the 2009/10 First Eleven Premiership and the 2014/15 Sixths flag.
He was our First Eleven captain for eight season from 2005/06, coached in the 2015/6 season and had a term as vice president of Moonee Valley.
Below: Our history and our future: Mark Gauci gets ready for his 300th game, sharing the changerooms with Moonee Valley's future - L-R 22yo Daniel Comande and teens Nigel Cowan and Anthony Cafari. 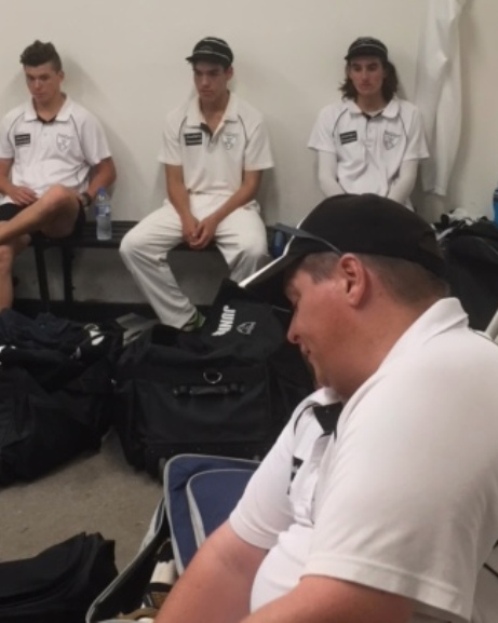 The honor call of this great clubman’s achievements include: